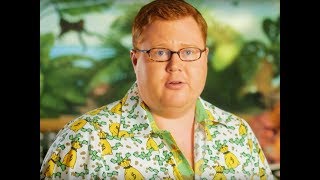 Kyle Kulinski’s show is Secular Talk, a part of the TYT network and at TYT they would have you believe that they are morally against stereotypes. Kulinski in the video above morally justifies using your two eyes to make stereotypes.

He is a part of the phenomenon called the “Outrage media.” The Outrage media is the lowest form of news/entertainment; it’s when the YouTuber/news host gives their audience someone to hate on, and in return the audience loves the host for giving them someone to hate.

Tony Montana aka Scarface would never fall victim to TYT’s “Outrage media” because he only sells drugs to fight the WASP system. Regardless, he has a good response for the phenomenon.

Kulinski would have you believe that America’s New Hitler is Wyatt Ingraham Koch! Okay, he really didn’t call him the “New Hitler”, but he thinks Wyatt should be a subject of the same wrath and scorn.

Wyatt looks like a cosplayer of a Miami-Vice character, not a Putsch wearing a brown shirt. But the “white patriarchy “is strong with Wyatt.

Wyatt’s company designs T-Shirts with pink fluffy hand-cuffs with the bright colors that are perfect for the “Discoteka” (Disco Club). He walks around with limp wrists and the same annoying gay-lisp that our brave Alt-Right leader Richard Spencer has, but nah, he’s totally a straight Republican purveyor of button-up leisure shirts festooned with moneybags for the boardroom meetings. 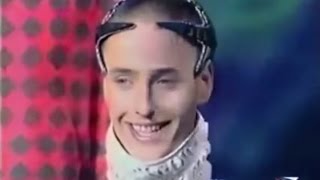 When Wyatt was a child, his father, Bill Koch of the Koch Brothers Dynasty, gave him a piece of advice. “You can do whatever you want to in life, but just make sure you do it well and you do it with passion.”

In the YouTube comment section for Kulinski’s video, there were some very hateful comments, such as this one:

Revoke all funds from the family via search and seizure and with no remorse. Fuck ALL the elites. They wanna know Tyranny? Fucking give it to them AND their kids. Let them rot and die by tuberculosis in a prison cell. Every last one of them.

Come on guys, it’s a fat guy in a little coat.

I agree that he is the froth that rises to the top of the cesspool of crony-capitalism, but to go so far as to make him seem like a manifestation of Satan is a stretch for me.

To liberals he is the Goddam face of white-evil and the devil-Francis from Pee Wee’s Big Adventure. He is full of “White Privilege.”

To me looks more like Dennis Nedry when he gets hired by Lewis Dodgson to steal InGen’s dinosaur embryos for 1.5 million dollars from Jurassic Park.

The flamboyant plus-sized fashion is everything that is wrong with this country, WTF ever Kulinski. Wyatt was born with a silver spoon, unlike let’s say President Toddler-Trump, who was born with a diamond encrusted platinum spoon.

Speaking of children, did you catch Wyatt’s artwork? Looks like a 1st grader’s. Do you think next he will be designing gas chambers, Kyle?

Wyatt Koch, according to Maya Kosoff of Vanity fair:

the 31-year-old Koch heir runs an eponymous Palm Beach-based clothing brand called Wyatt Ingraham, which sells button-up shirts in patterns you may find on a Goldman Sachs middle manager at a Southampton Fourth of July party when he wants to “let loose..be bold”

Kulinski, I have say I don’t think the Koch family is building up the 3rd Reich, on the grounds of Wyatt showing crayon drawings to Goldman’s  Crime-family members.

Kyle, Wyatt’s shirts maybe ugly in your opinoin, but at least he’s trying to be artistic and entrepreneurial instead of sitting his fat as ass giving his dumbass Marxist opinion on a youtube channel.

I agree, leave it to a Koch to design Hawaiian t-shirts that combine kitsch, nepotism, greed, and crony capitalism, to wear as a badge of honor. The Koch crime family have a criminal inheritance set up by the La Kosher Nostra.

But Kulinski, you of all people, should love Wyatt, because you are a filthy communist and without the Koch brothers, the Soviet Union would not have had the fuel to supply the massive killing machine of the Bolsheviks. The Koch family built refineries and trained engineers for Stalin in the Soviet Union in the late 20’s. Wyatt’s Granddaddy Fred Koch made a family fortune working for Joseph Stalin. Without Fred Koch, the Soviet Union would never have become a Communist paradise that Kulinski wants to recreate.

Wyatt would pass an authoritarian leftist’s purity test with flying colors. “Dude is a living stereotype” according to Kulinski; he is the stereotype of WASP and Jewish big Republican donor’s kid – fat, weak, soft spoken and he is very, very… gaaaaaaaaayyyyyyyyyy!!

Donnie from Wolf of Wall Street would enjoy doing “Coke” on a Yacht with Wyatt. Not really holding up Christian moral values.

Is there really any reason to make this a political issue? And the answer is “yes,” in America any and every thing relates back to the pendulum swing. Even though the Democrats and Republicans are gangbangers. Goddamn the gang – the Jew World Order gang.

Wyatt has a shirt called “Behind the Eight Ball” and I think we need to look beyond the Eight-Ball on identity party politics in America. 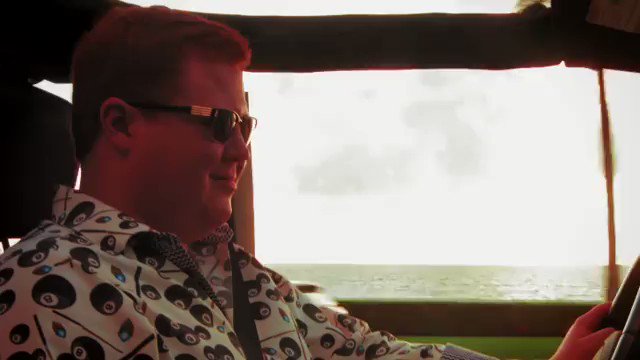 Wyatt wants to launch a fashion line the same time the Republicans passed a gigantic tax break! Liberals are screaming Holocaust, because he is such an asshole for the Republican tax break. Wyatt Koch, son of Bill Koch, is third generation of Koch brothers that inherited money from the Koch Dysnasty. Kulinski called Wyatt the “next generation of failures and parasites.”

I can think of another group of parasites that have been around 6,000 years in the making.

..his dad (Wyatt’s) who hosted fundraisers for Donald Trump’s 2016 campaign, worked to sell Republicans’ tax-reform legislation to wealthy donors. Whatever the reason, Wyatt’s line is poised to take off—perhaps his fellow Mar-a-Lago members will be tempted to make a purchase.

Kulinski used the same tactics that Rosie O’Donell used to attack Barron Trump, claiming he has “Autism,” instead of attacking Trump directly.

Marxism 101: go after the children of your enemy, the “soft-targets” are much easier prey. So, go ahead and pick on the fat kid, I really don’t believe that Wyatt has never been picked before you, Kulinski.

You really showed your true colors on this video, Kyle. You are mean-spirited, envious of success and an all-around-douche-bag.

I will order some of Wyatt’s 3XL shirts and I am glad he makes nice shirts for big people. I love the GTA-Vice look, but I won’t be wearing hot pink. I prefer it with SS bolts and Swastikas for the disco.

Thank you for reading my article! If you like my articles and want me to keep writing, email me at 3301×3301@gmail.com. I’m always looking for new sources and fan support.

Want a hired gun to write for you? You can hire me.