CHICAGO – A massive memorial to the soldiers who died in the Vietnam War has been on display at the Harold Washington Library since February 20, 2016 and will continue until April 15, 2020.

The massive memorial is an art exhibit called Above and Beyond, which features a memorial 58,307 replica dog tags hanging from  a 410-square-foot rectangle ceiling,  honoring those who died in the war. 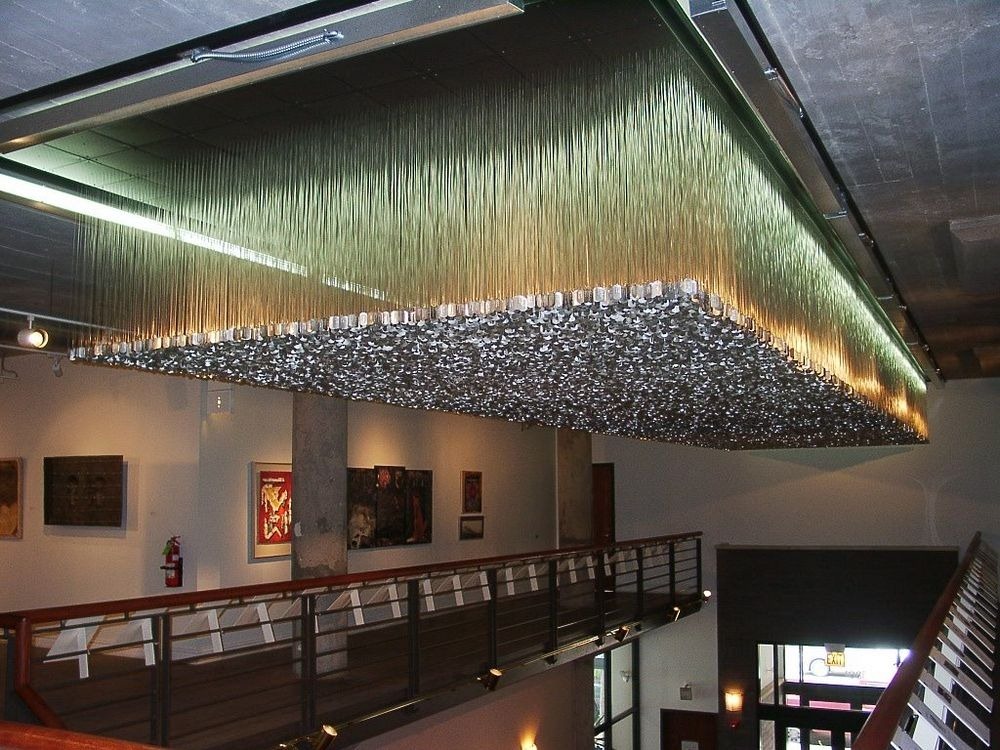 Each dog tag representing  each member of the US armed forces that was killed in action during the  Vietnam War.

According to Sarah Cascone.

The exhibition, which asks viewers to consider the meaning and consequences of the Vietnam War, was commissioned by the National Veterans Art Museum, where it originally appeared in 2001. Broderick and his team created the piece with Veteran Artists, founded by a group of Vietnam vets in October 1981. The artists individually stamped each replica dog tag with the name of a fallen solider, creating one for each and every casualty.

Veteran Artist whom are Vietnam veterans themselves, say it was designed to make the “impact of combat visible to all.”

“It’s kinda surreal going through each name because each dog tag is an exponential loss,” one volunteer of  Above and Beyond said . “It’s not just one person. Can you imagine how many people you know if you were lost?”

Above and Beyond is the only memorial other than The Wall in Washington, D.C., that lists every individual killed during the Vietnam war.