By MICHAEL NAM FOR DAILYMAIL.COM

Valerie Plame, the former CIA operative who was famously outed in an intelligence leak during President George W. Bush’s administration is apparently seeking to run for office.

Plame, 55, said she would ‘like another opportunity to serve my country,’ the Washington Examiner reports, after Sen. Tom Udall, a Democrat from New Mexico, announced on Monday he would not be seeking re-election.

The ex-spy told the outlet that she intends to run as a Democrat for the seat, and has a history of being opposed to President Trump.

In 2017 she attempted to crowdfund money to buy a stake in Twitter to prevent President Trump from being able to use the social media platform. 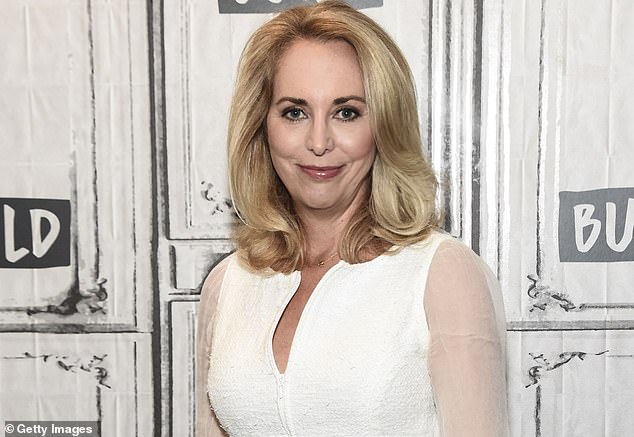 Valerie Plame on October 24, 2018 in New York City. Plame says she plans on running for US Senate in 2020 from the state of New Mexico 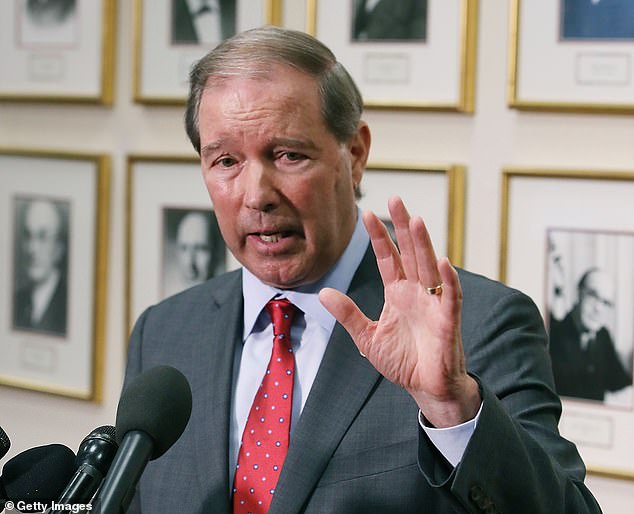 Sen. Tom Udall (D-NM)  on May 16, 2018 in Washington, DC. Udall announced on Monday that he would not be seeking re-election in 2020, leaving his seat open to challenge

Plame tweeted at the time of her GoFundMe campaign, ‘If @Twitter executives won’t shut down Trump’s violence and hate, then it’s up to us. #BuyTwitter #BanTrump.’

She also hosted fundraisers for eventual Trump opponent Hillary Clinton in both 2014 and 2015.

Accusations of anti-Semitism have followed Plame after she retweeted an article in 2017 entitled ‘America’s Jews Are Driving America’s Wars’ from the UNZ Review, an outlet described by The Federalist as ‘a mix of far-right and far-left anti-Semitic crackpottery.’

She would initially imply that the retweet was not an endorsement, and that ‘many neocon hawks ARE Jewish,’ before ultimately apologizing and resigning from the board of the anti-nuclear proliferation Ploughshares Fund. 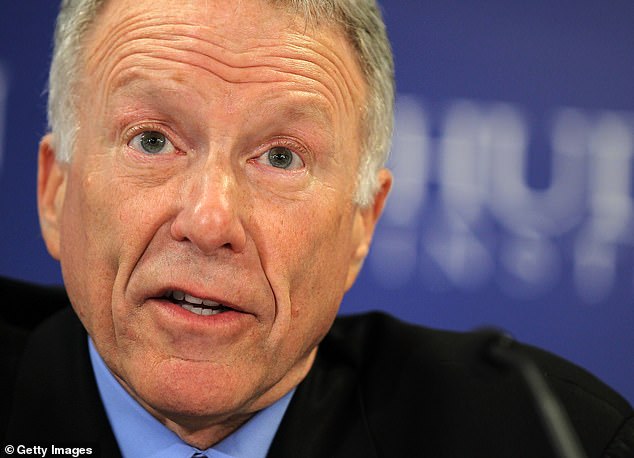 Lewis ‘Scooter’ Libby, former chief of Staff of former Vice President Dick Cheney, March 29, 2011 in Washington, DC. Libby was convicted of obstruction of justice and perjury in the intelligence leak that outed Valerie Plame, but was pardoned of the crime by Trump last year

Plame has been in the public eye since her cover was blown in a column by Robert Novak in 2003, which she alleged was retribution by the Bush administration for the criticism over the run-up to Iraq War by her then-husband former Ambassador Joseph Wilson. The couple divorced in 2017.

The only person to serve any jail time for the incident was Lewis ‘Scooter’ Libby, former aide to Vice President Dick Cheney, who was convicted of obstructing justice, though not of leaking her CIA cover to the press.

President Trump pardoned Libby last year saying he had ‘heard that he has been treated unfairly,’ a decision blasted by Plame in a statement saying that the ‘pardon is not based on the truth.’

The mother of twin 19-year-olds, Trevor and Samantha, Plame is also the author of several books including her memoir ‘Fair Game: My Life as a Spy, My Betrayal by the White House’ that was adapted for the big screen with Naomi Watts playing her and Sean Penn playing her ex-husband.

As Senator Tom Udall leaves his seat open for 2020 ending his 20-year political career, in a state that leans Democratic.

Other potential candidates in the Democratic primary include Rep. Ben Ray Lujan, a member of House Democratic leadership, and first-term Congresswomen Debra Haaland of Albuquerque.